Interview in English about World Shadow – I24

An interview in English about “World Shadow” in the culture program of I24 news.

“World Shadow is a novel that will fire-up people everywhere it’ll be published, especially young people.
Only rarely can you read such a novel that is sophisticated, full of energy, imagination, innovation, rage and humor. More than anything: World Shadow changes the way you see the world. It is very possible that in a few years World Shadow will become a novel that young people  all over the world qoute.”

“A real literary achievement. Surely one of the most impressive novels that were written in Hebrew in the past years. It is a mind-blowing epos that raises big questions about the human spirit, democracy, morals and violence.” 15/08/2013

“The book of the year”

“‘World Shadow’ is an astonishingly ambitious novel; it holds great promise and delivers on this promise and far more in the most admirable and brilliant way. A novel that while reading it one can close his eyes, and hear the wings of history clap.”

For the full review in English, click ‘read more’

Dror Mishani the author of the international best seller, award winning “The Missing File” in an evening about “World Shadow”.

World Shadow is a marvelous and revolutionary novel that in its greatest moments refuses to accept the world as it is and as we “already” know it – but rather starts to read as a text on the verge of what the world is ‘no longer’ but ‘could be’ and ‘might some day be’.

This dimension which is beyond “knowing the world” opens up in the novel mainly due to the process of repentance that its two main characters go through.

Gabriel Mantsur from Jerusalem changes during the novel, so much so that in the end of the novel he is no longer the same man; he drifts away from the business world and the financial world due to his decline in them but also because he undergoes a deep transformation, so deep that in the end he supports the strike.

Like Gabriel, Daniel Kay also undergoes an ideological transformation which brings him not only to betray his ex-co workers at MSV but to even join the strikers.

Through Daniel Kay, Gabriel Mantzur and the group of young strikers – the world as we know it is on the verge of repentance and comes closer to a real change. The truly fascinating things is that this also happened in Baram’s novel Good People – so much so that even in that historical novel Baram created the feeling that if the two main characters dare just a bit more they’ll be able to minimize the disastrous effects of the war that already happened.

In World Shadow this feeling is even stronger because while reading this seemingly realistic novel, a novel that knows the world better than any other Israeli novel, you feel that turning the page will make the world different.

In its liberating moments World Shadow is not written in the present tense of “knowing the world”, also not in future tense (utopian time), but rather in a unique tense that lays between a familiar present and a yet unknown future. A tense or a time that could be named “the time which is forming now” (a line from World Shadow, page 402). And this tense continuously asks the readers: which time do you want it to be?

To the full lecture –

“I do not know when an author justifies this title that barely survives our days. Baram’s mission is to find that hidden, elusive and rare matter of freedom; that of the inner freedom, which exists in humans and is the first thing they hurry to put to death.”

“World Shadow is an accurate, shimmering and unique literary Achievement, a  representation which while screening through the political net of enslavement, displays the relations between the human being and the enslaver in the depressing period of global capitalism.”

Shelly Yachimovich the head of the Israeli opposition in parliament wrote on her facebook page about “world shadow” (her post got more than 2000 likes and hundreds of comments):

Nir Baram’s World Shadow delves into the viscera of crony capitalism in Israel and similar arenas around the world. It explores the methods in which capital-intensive campaigns fabricate reality, what the next mass protest could look like, and how unbridled, insatiable greed, which no one even attempts to restrain, leads to… well, you’ll find out all about that in the book.

This is the most intelligent, insightful and thought-provoking documentation written to date of the economic, social, moral and cultural processes that are sending seismic waves throughout our world.

The novel is highly political, yet contains no moral sermons – it is a fun read. Baram has no pity for those in power or for their victims. He is cynical and empathetic towards everyone equally. And yet, despite having setting himself the rule of not taking a stand (and this is a good thing, because reading manifestos in novels is such a turn off), he manages to place a huge warning sign: when there are no balancing and restraining forces – there comes a moment where everything falls apart, and it doesn’t necessarily make the world a better place.

“A very impressive achievement on every level of literature.”

“Nir Baram’s World Shadow is an exciting and delightful novel and even more than that it is the official handbook for the global protest where ever it may be. A sensational worldwide plot, fascinating characters, touching writing flow and so much philosophy and psychology. I don’t know where the world protest is heading but I know that Nir Baram is already there.”

“This is the most ambitious, impressive and brilliant novel that was written this year. Even more so; it has the power to get people out to the streets like the social protests of 2011.”

“Five stars! ‘World Shadow’ is a rare literary achievement: it offers brilliant and innovative social insights together with a marvelous and lucid writing momentum.”

“Few are the authors who approach current global subjects with such vigor and bravery. In World Shadow Baram walks in the path of giants. Baram demonstrates impressive control in fictional and realistic events around the globe. The sophistication, the sparkle and wit burst in great ferocity.”

06/10/2013 – The Israeli Left’s last novel by Noam Sheizaf – A new best-selling novel by Nir Baram takes aim at the Israeli ‘peace industry,’ globalization and the sense of betrayal a generation of left wing and progressive operatives is leaving behind. 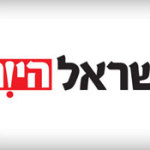 “The best novel Baram has written so far, a brilliant literary achievement. ‘World Shadow’ is asking the most important questions of our time… It is a grand cosmopolitan novel which becomes Baram’s brilliant and provocative version to the great Israeli novel. A reading experience that is demanding and enjoyable at the same time.” 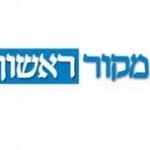 “One of the best descriptions in literature of the late capitalism era. In this book Baram emerges not only as a great novelist but also as an important thinker of our time.”

“The critics are not losing their heads in vain; this is Baram’s best novel. A truly grand novel.”

“It is a genius novel, simply genius. I never read anything like it.”

“The book of the year: in this book Baram took on the whole world, like no other Israeli author has done in the last decades.”

“This is without a doubt one of the most brilliant, provocative and important novels that has ever been written about the crazy global capitalism which dictates our lives. A masterpiece.”