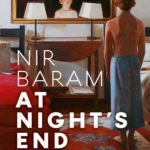 ‘Baram’s novels have the flair, emotional depth, and wealth of ideas of the great 19th-century Russian authors. A complex, deeply felt but never sentimental bildungsroman…A wonderful tribute to the people dearest to him.‘ (De TiJd)